skip to main | skip to sidebar

First off I would like to state that this is in no particular order. I really have a hard time saying "This is the best thing and nothing else topped it". This is just picked upon what was on my turntable the most and what I could not stop listening to. Some are from 2010 and some are not. With the current state of amazing reissues that are being put out on a weekly basis it's extremely hard to listen to current music exclusively. So lets get started as there is a ton of shit to cover. 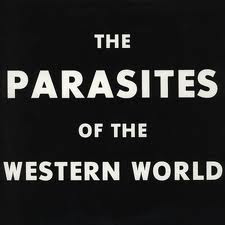 This is what it's all about. A really fucking obscure record recorded in 1978 at an apartment in Portland, Oregon by two guys who were into acid and pop-psych. What they managed to create is something that maybe happens every ten years or so. An album fully transcends the simple and lazy tag of psychedelia and into the region better known as genius. Passionately reissued by De Stijl Records.

Umberto's "Prophecy of the Black Widow" is still making constant appearances on my turntable. This record trumps Zombi in a major way for that whole 70's horror nerd Claudio Carpenter mini-genre of music. An instant classic in my book. 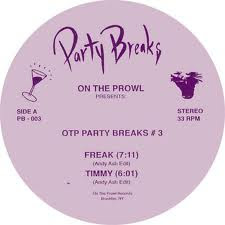 Jacques Renault's On The Prowl label is really starting to blossom now with really really good releases every month. I recently picked up the Party Breaks Vol. 3 which is re-cut by Andy Ash. What this means is that you have three tracks that should all be played before your done djing. Monstrous dance floor results on New Years with this record. The re-working of Timmy Thomas's "Why Can't We Live Together" is soulful magic.

Chris Carter "The Spaces In Between" reissue on Optimo Music. Finally on vinyl the classic recordings of Throbbing Gristles synth wizard Chris Carter. Not all of them but hand picked by J.D. Twitch who did a stellar job selecting them. These are a collection of recordings made between 1974 and 1978 originally released on cassette. Keep those dates in mind because it's hard to think of anything that sounds like it's from next month but is really from the mid to late 70's. Also the Chris & Cosey reissues are no-brainers too. 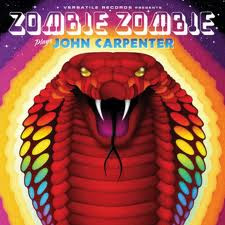 Zombie Zombie "Plays John Carpenter" Zombie Zombie are great and this record just goes to show you how capable the French are at tackling such a sacred thing and keeping it true to the original but adding the extra little "Umpff" to it. They even make the Halloween Theme sound better than any other version you've heard in some shitty sequel or prequel. 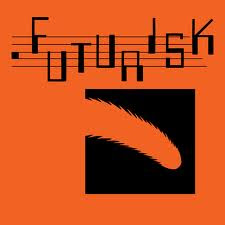 Futurisk "Player Piano" reissue on Minimal Wave. Obscure Florida synth-punk band that manage to sound like a cross between the Units, Suicide, and maybe early Devo. Really like this because of the obvious punk influence that is heard throughout this record.

Slayer Zine #20 with Morbid 12". Say what you will about Black Metal but some of it is still worth a shit and hasn't been completely raped to death by Hot Topic mall geeks. Slayer Magazine has been devoted to Metal and nothing but since the mid 80's. The writing is simple and street level and does not try to be artsy fartsy which is good since a ton of Black Metal bands know seem to be focused on being artists instead of being audio terrorists. Fuck Art! Let's Die! 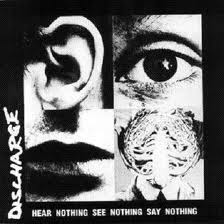 Discharge "Hear Nothing See Nothing Say Nothing" reissue on Havoc Records. 2010 sort marked my official return to fishing out a lot of my old punk records and still being fully blown away by them. When Havoc reissued this I had to do it. Discharge are hands down one of the greatest punk bands ever and this record still has the eternal flame burning in Punk Rocks graveyard.

Arcade Fire "The Suburbs" Pop musics greatest talent offer up the greatest pop record of the year. The songwriting talent present in this band is unmatched in the last decade. 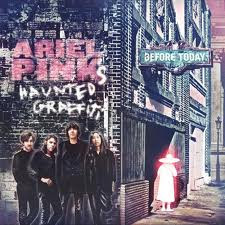 Ariel Pink "Before Today" Ariel really hit his stride with this record. Vice Magazine gave this album a terrible review and I was really happy that they did because they can not relate to the pure West Coast Avo-mentality that is ever present within this album. To break it down, this is not for a bunch of coked-out twenty year olds who are amped on the band "Off" and are currently fucking Fashion Week models. 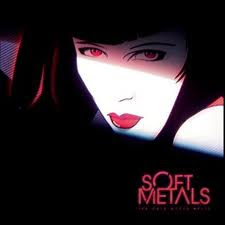 Soft Metals "The Cold World Melts" Ohhhhhhhhhhh. Good one. Take a little Glass Candy, sprinkle it with some EBM influence, and top it off with a New Beat techno splash. Very very nice. Will be huge in 2011. 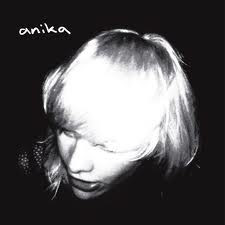 Anika-S/T If you at all like anything remotely in the field of post punk, do yourself a major favor and buy this album. I can't believe how fresh yet familiar the sound pf this record is. Produced by Geoff Barrow of Portishead too. Sounds as though it could have been released on Ze records in 1981. Also have to mention that this came out on Stones Throw and the label is killing it. Forge Your Own Chains comp was great, Bruce Haack comp, and Minimal Wave tapes just to name a few. Can't wait to see whats happening this year.

Martin Vogel "Tough" Turning Bruce Springsteen's "Tougher Than The Rest" into a cosmic dance floor love anthem is no easy task but that is exactly what Stockholm's Martin Vogel did. Breathe taking beauty for the slower sexier moments of the dance floor.

Magic Wand Vol. 1 This was a bitter sweet record for me the reason being it took Black Sabbath's "Planet Caravan" and topped it off with a nice percussive beat for the late night dance floor. I have wanted to rework that song forever now and well... this simply means I can't. Perfect job done to it though. Also the reworking of Randy Crawford "You Might Be Somebody" is turned into a psychedelic AOR disco treat by Coyote. Still makes daily appearances on the table.

Phil Collins "I'm not Moving" Idjut Boys Edit. Never really knew how much I could like a Phil Collins tune that wasn't "Easy Lover". Thanks to the Idjut Boys for the simple retooling of this "Face Value" song, I am not moving away from this song anytime soon. 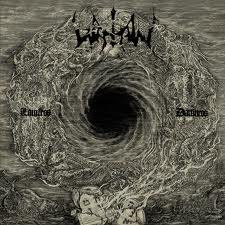 Watain "Lawless Darkness" Watain returns and delivers all that they promised with their strongest album yet. The songwriting is getting more and more intense and you can really feel that uneasy tension within these songs. Vinyl presentation is amazing too. 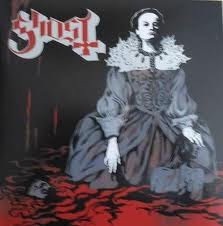 Ghost "Elizabeth" Take a look at that cover. Elizabeth Bathory in a pool of blood. Sweden's elusive ghouls take a couple of songs from their amazing demo and put them onto a 7". Music that sounds as though it was recorded on the set of a Mario Bava satanic panic film. The full length is good but I like the lo-fi sound present on the demo stuff way better. 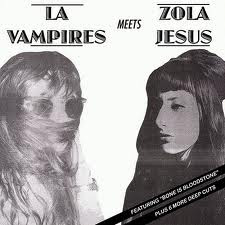 Zola Jesus/L.A. Vampires split 12" I am not super into everything by Zola Jesus but this record was simply great. Nice lo-fi bedroom darkness with a druggy ambience.

Minks "By the Hedge" Perfect band alert. Highly addicting dark pop music. I like the almost more punk "Cure" sound this band has. Warning: do not try and copy it. They can handle it. Just keep drooling.

Ok need to start to wrap this up. Quick mentions also go to Led Er Est "Dust On Common", Xeno and Oaklander "Sentinelle", Dark Entries Records for everything that they are doing, Nuclear War Now Records for making me broke all the time because of lavish Die Hard Editions of Metal Records that I geek out over for months, Chris Craft "Discomic Dancer" lp boot, Blessure Grave "Stranger In the House" 7", Soft Moon "S/t" lp (this should be up top), Sex Worker "Waving Goodbye", Chromatics "Night Drive" finally on vinyl, Groove Merchant "Turns 20" comp of rare soul and grooves, Satanic Warmaster "Nachzehrer", and CFCF "The River" ep on RVNG. This is the longest post we have ever done. Lets get some feedback going on here people. Leave comments.
Posted by Radiant Darkness at 3:20 PM

Nice blog post blog doggy! I really dug a lot of the same releases this year and am excited to check some of the others I haven't gotten around to yet. Kinda kicking myself for not picking up The Parasites of The Western World LP when I was in Portland. And I agree, the Soft Moon should have been moved much closer to the top of your list. Always enjoy hearing what's been on heavy rotation with you. Hopefully this will further inspire me to get my damn "Best Of" list done. Oh, be sure to check out JD Twitch's best of on the Optimo blog, I think you'd dig it! BLACK MEDLEY POR VIDA. KIM CARNES RARE PSYCH REMIX!!!!!

Thanks B.R. Your fucking djing with Optimo next week! So rad. I wanted to try and make it up but can't. Let me know when you have your list up. You can still get that Parasites record from the De Stijl website. Oh and I still have Blessure Grave 7"s for you. Should be in S.F. in March. Maybe we can play records together at the Nova or something.